Gunpowder is what that special chinese tea is called, which appearance is of little spheres – just like gunpowder – that blossom on boiling water when a pot of tea is being prepared.

In this tall porcelain tea container, designed to evoke the memory of the ancient chinese tea boxes, i’ve decided to drain an explosion of colours simulating or anticipating the expectation of that strong beverage.

In its sides, the paint drips in an upwards movement interrupting itself irregularly before reaching the top, but also describing a lateral movement that while it seems continuous it is in fact not, because it explodes as a self-destructing particle. 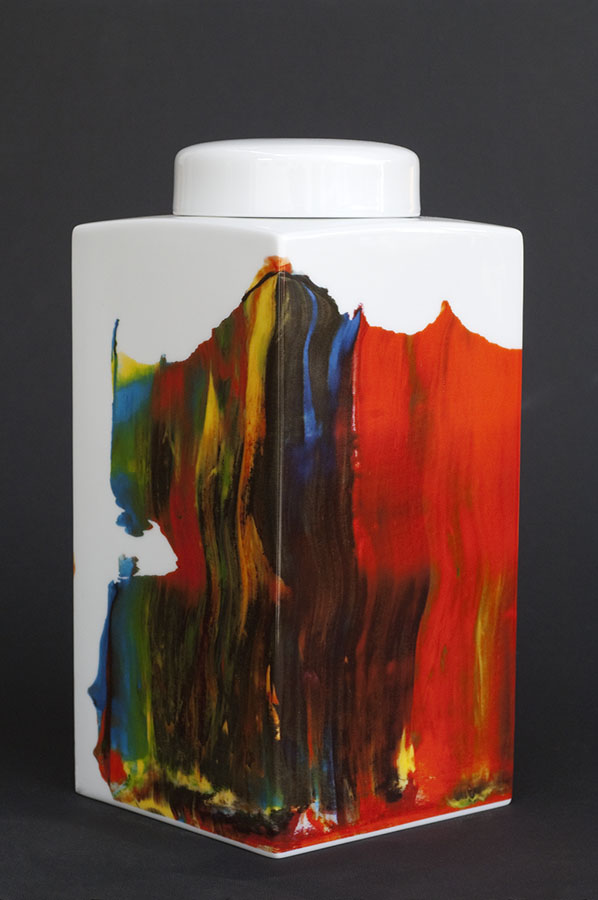 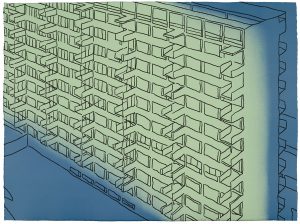